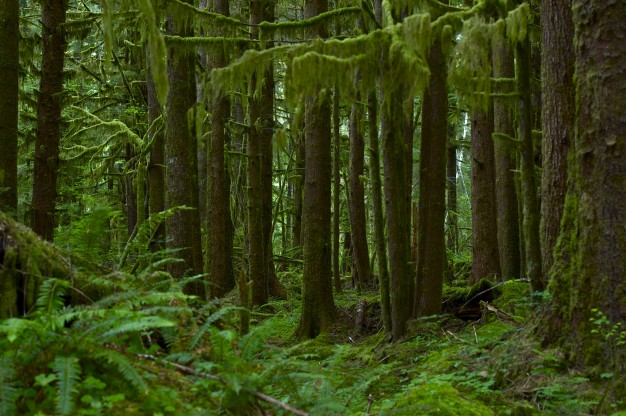 Three European countries have put up $366 million in foreign aid to fight deforestation in Colombia’s Amazon. The region’s rate of forest loss remains stubbornly high, up 97% since the 2016 demobilization of the FARC rebels.

The Colombian government signed a landmark peace agreement with the formerly largest rebel group, the FARC, ending a half-century of conflict in 2016, but also creating a power vacuum that allowed small and large-scale landholders to engage in rampant land-grabbing and forest clearing in the Amazon region.

In 2019, the country’s meteorological institute, IDEAM, released a report based on satellite images showing 138,176 hectares (341,440 acres) of Colombia’s Amazon rainforest were cut down in 2018, a 97% increase compared to 2016 when the FARC demobilized.

Despite the exploding deforestation in the Amazon, Norway, Germany and the United Kingdom recently announced the renewal of an agreement, Joint Declaration of Intent, pledging $366 million to support a reduction of “greenhouse gas emissions from deforestation and degradation (REDD+) and on promoting sustainable development in Colombia.”

The renewed Joint Declaration of Intent agreement aims to cut rainforest clearing back by 21% in 2022, and 50% by 2025. Further, they confirmed a joint commitment to bring Colombia’s natural forest loss down to zero by 2030 as a signatory of the New York Declaration on Forests and the Bonn Challenge.

The declaration between the four countries was signed for the first time in 2015 during the Paris climate summit. Initially, Norway, the U.K. and Germany pledged $100 million aimed to halt deforestation in the Colombian Amazon by 2020. The funds went to the Ministry of Environment program known as Vision Amazonia, which supported payments for environmental services, forest monitoring, education campaigns, and work with indigenous communities.

In June 2019, Bergum told Mongabay the international aid budget was cut back to $85 million because of the increasing rate of deforestation since 2016. Following the renewal of the pay-for-results scheme, Norway, the U.K., Germany and Colombia will set deforestation emission reduction milestones in the first quarter of this year. The European countries will reportedly only make payments for successful reductions.

According to Angelica Beltran, an investigator with the Colombian NGO Association for Environment and Society, deforestation is the most serious environmental problem facing the country. Although deforestation in 2018 dropped slightly for the first time since the country’s historic 2016 peace deal with former FARC guerrillas “the deforestation rate remains extremely high,” Beltran said.

“The problem of deforestation doesn’t end with figures on how many hectares were cleared, but rather it deals with the availability of water and many other critical ecosystem services that directly and indirectly affect the lives of everyone,” Beltran said in an interview. Ecosystem services are benefits for humans derived from the natural environment, such as food production and climate regulation.

Beltran added the high rate of forest loss is particularly concerning for a critical biological corridor and watershed between the country’s Andes, Amazon and eastern savanna biospheres, where the demobilization of the FARC has led to an explosion of deforestation.

Beltran said support from the international community was important to address deforestation, but it was necessary to recognize that the goals set by the first part of the agreement were not effectively met.

“The failure to meet the first set of targets should be strong call to the municipal mayors and regional governors, the national government, as well as the international community, that we need to do much more careful and detailed tracking to make sure the actions are working and responding to on-the-ground needs,” she said.

According to local media outlet Semana Sostenible, the military has carried out several operations under Operation Artemisa in the national parks such as Chiribiquete, La Paya, Catatumbo-Barí, Los Picachos, La Macarena and Tinigua. The military operations, however, have been criticized for targeting campesino farmers, while the organized criminal groups who appear to be financing the deforestation remain unknown and untouched.

Bergum said the military operations would have limited success unless the powerful financiers of these large-scale deforestation activities are held accountable: “It’s only when the urban bosses of the criminal land-grabbing mafias, operating in collaboration with illegal armed groups and corrupt officials, are put behind bars that things will really start to change,” Bergum told Mongabay in June.

Indigenous communities play an important role in protecting forests and ecosystems from extractive projects, illegal mining and logging. The environment minister has asked indigenous communities in the Amazon to make suggestions on ways to spend $7 million to fight deforestation, according to the Thomson Reuters Foundation.

At the same time, Andrea Prieto, a social-environmental investigator for the Association for Environment and Society, said the government lacks the political will to protect indigenous communities from the extractive industries and illegal armed groups. Prieto said the indigenous communities are threatened by intensifying territorial conflicts in the region.

A report by the Association for Environment and Society found that 37 oil contracts overlapped with 81 indigenous reserves in the Colombian Amazon, primarily in the departments of Putumayo and Caquetá. Prieto also criticized Duque’s announcement of resumed aerial fumigation of glyphosate, which she said would likely increase deforestation and threats to indigenous communities.

“There is a lack of inclusivity for Colombia’s indigenous communities living in the Amazon Basin,” Prieto said. “Government-led political and economic projects are generating socio-environmental conflicts that must be addressed.”

Climate action in Colombia through the Rights of Access to Information...

Public development banks must deliver on the world we want